A new dance to old music 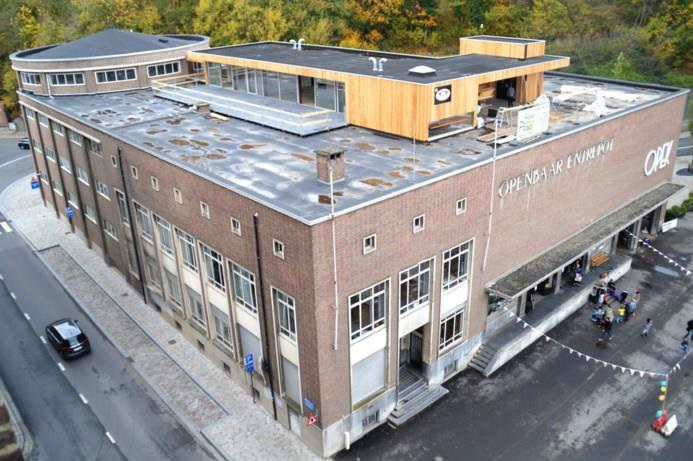 Stravinsky’s Petrushka is packed with contrasts, vaulting the listener wildly from one musical ambient to another while keeping them tethered to a cohesive core. This structural miracle is what makes it so at home in Leuven’s OPEK, Openbaar Entrepot Voor de Kunsten. The original Petrushka, with its murderous, black-faced antagonist, was horrifically racist. Borgermans and Vantuycom’s repurposing of Stravinsky’s music for a new dance with nine young people is also emblematic of OPEK, embracing history and heritage but stripping back and reimagining it in a collaborative and inclusive manner.

OPEK is an old customs building in Leuven where different art disciplines meet in dance, theatre, visual arts, music, literature and photography. This heritage building has been repurposed to host around eight cultural organisations that offer performances and participation in the arts. “It started with coincidence,” recalls Dirk De Lathauwer Co-founder of OPEK, and the co-founder and artistic director of fABULEUS, the theatre company that is putting on the new Petrushka. “A couple of organisations discovered another building 20 years ago which was empty, an old industrial mill.”

At that time what would become OPEK was just three organisations, but as it grew it became clear that they would need more space. The management team came across an old customs building that the city was planning to sell to a supermarket chain, and they brazenly approached the mayor with their business plan, asking him to hold off on the sale and let them inhabit the building for six years.

Winning over the mayor

The mayor acquiesced and, after raising some money, the team moved in and started renovations. When the venue was ready to go, the mayor came on an official visit, and that is when OPEK staged their coup d’etat: “When the mayor came we tried to arrange it a bit like, you know, if you watch the old movie ‘Fame…’ You open one door and there’s  a young person playing cello and you open another one on dancers rehearsing, and we kind of staged that in the building. From the moment you came in there were young people, artists performing everywhere.”

The scene made a big impression on the mayor, “Everybody remembers with this very specific tone of voice he said ‘OK guys, we’ll never get you out of here again.’” The team took him at his word and called his office the following week to see if they could have their six-year lease extended to ten years. After only one year in operation, the place was so popular that they felt emboldened to call the mayor once more. “We said, ‘Would you let us stay there forever? And so now, we have a contract for 36 years, which feels like forever.”

The basic idea behind OPEK is that there is strength in numbers – cultural organisations can be stronger together than apart. De Lathauwer describes it as having started like an “arranged marriage, a marriage for economic reasons.” However, that is something that has changed over the years, “It has a bit become a love marriage. Even if sometimes we can shout at each other, we really appreciate a lot what every partner means and brings to the process.”

De Lathauwer emphasises that “working together was not easy,” but that the advantages were enormous, and outweighed the difficulties. Inhabiting the same building meant that the organisations could share and reduce costs, as well as exchanging artists and audiences. “Not only the OPEK place itself had more and more appeal to the audience and to people, but every separate organisation became more successful.”

To deal with the strains of cohabiting, De Lathauwer stresses the need for a lot of rational rules and procedures which are agreed and put in practice in a transparent way that involves everyone, “You really have to have that in order not to have fights over everything all the time.”

In Gerrit Valckenaers’ ‘Greed,’ produced by OPEK’s Het Nieuwstedelijk musical theatre company, a suited man orates emphatically to a crowd of microphones while lively ethereal music spins away in the background. Though he speaks, no words come out. A woman stands beside him in silence and discomfort while other figures shuffle through the shadows behind them.

This scene will immediately conjure the steep hierarchy and outright cynicism that is often associated with politics and politicians, something that undoubtedly remains in many governing authorities. De Lathauwer remembers one incident when his production company, fABULEUS, started up 25 years ago, “I had to take a bottle of wine to somebody to convince them that I could use a rehearsal space for one day. I felt very grateful!”

Now De Lathauwer notices that the same attitude that OPEK embody has been embraced by the city’s own administrative structures. This means a non-hierarchical system, with the city instead taking a bottom-up approach to culture, as well as other departments. He cites a “respectful exchange of ideas” whenever a decision has to be made. “Of course,” he says, “the younger generation still feels that there is a lot to happen. New young artists say there is not enough space.”

This need for space is something that OPEK tries to facilitate with its flexible structure, making room for organisations that are in it for the long haul as well as those that may not know in February exactly what they will be doing in September. However, the organisation is already almost too big for the building.

A big part of OPEK’s story is also the story of the building that the city has granted them. An old customs facility, the building is part of Leuven’s built heritage with its own historical and aesthetic narratives that the new arrivals must engage with. The success with which they achieved this is a big part of the reason that Leuven successfully nominated OPEK as a European best practice example for the European-funded Cultural Heritage in Action project (a peer-learning programme on cultural heritage for cities and regions), led by Eurocities.

When the team initially moved in, as it was supposed to be a stay of only six years, the interventions were cheap and minimal. Everything was done on a low budget, and done in such a way that it could be removed when OPEK left, restoring the building to its initial condition. Now, in close consultation with the city’s heritage department, and with an open internal process, more costly and sustainable adaptations are being carried out.

The idea is to add sustainable elements like insulation while hiding as little as possible of the original structure. “Everything that can be left as it was, we leave it,” De Lathauwer declares. At the same time they try to achieve an aesthetic balance between the building’s raw and rough industrial look and a slightly slicker aesthetic that will testify to their status as credible cultural organisations. “You don’t want to look completely styleless,” he says.

Settling the aesthetic between all 75 people that work at OPEK can be a challenge. De Lathauwer, for example, likes to see a lot of screens around the place, while for others LCD displays have a similar effect to Kryptonite for Super Man. They also bring in local organisations and youths to get their input. “We had a design we were happy with, and they said, ‘hey, it looks like a hospital.’” The team added some birch and animal skins to warm things up. The kids verdict: “Now it looks like a mixture between a typical Sweden hipster bar and a hospital.” That meant going back to the drawing board.

Besides the kids and each other, there is also a constant dialogue with the heritage officials: “How transparent can the front window be? Can it be transparent or just translucent? How big can the letters on the wall be? Can we put in a wooden staircase? No, it has to be stone.”

The OPEK building occupies an interesting socioeconomic space. The building faces the canal and some blocks of expensive apartments, while the back of the building connects to one of Leuven’s poorer neighbourhoods. “We need to involve not only the front of the building but also the back of the building.” As a customs building, one of the initial functions of the structure was to keep people out, “There was like sugar and tobacco and weapons and alcohol. And so, it was meant to be closed.” Now OPEK are collaborating with the heritage department to make sensitive modifications that can make the building more inviting, such as replacing the gates at the back with ones that people can see in through.

Early festival-goers at Belgium’s famous Pukkelpop two years ago would have stumbled upon teenagers doing something very strange in the portable toilets: hanging up an art exhibition. First, the artworks were created by the teenagers, then they were transformed by OPEK member Bam! into stickers that were plastered on the inside of the toilet doors as a pleasant surprise for those using the facilities. Bam!’s mission is to create more space for young people in the cultural sector, and this cheeky but thoughtful and inclusive gesture captures a current that runs through all of OPEK’s organisations.

One project active in the building is all about facilitating people from socially or psychologically vulnerable backgrounds to have a successful art practice. “Whereas normally a painter or sculptor has his individual studio these people need company and need some guidance,” De Lathauwer  explains, “There are very good artists among them.” There are regular exhibitions of their artwork throughout the building, something that enriches the aesthetic and brings in new audiences to engage with the building’s other offerings.

Three of OPEK’s organisations work with children, who also bring new audiences with them. De Lathauwer particularly remembers one girl that came to audition as a dancer. “She was from a city near Leuven, but she originally came from Uganda. She passed the audition, but we had to phone a lot with her parents. They didn’t really trust this place. So, we had to convince the parents to let her be part of the project. I met the mother some months later and she said, ‘Thanks to the fact that my daughter of 15 has been part of a project here, I have been looking for other places like this in my city and now I go a lot to the cultural centre there and to the theatre, because thanks to my daughter I discovered that I can go there.’”

Because the building has a slightly rough and not too institutional aesthetic, it feels less austere and more accessible than some comparable institutions. “I think it’s a very emancipating building,” De Lathauwer concludes. Beyond this, it is also a building which has, itself, been emancipated. Like Stravinsky’s Petrushka, it is a mixture of tumbling arpeggios and bitonal dissonance that resolves itself into unexpected harmonies. In its contemporary incarnation, old exclusionary factors have been muscled out, and a new dance made possible. 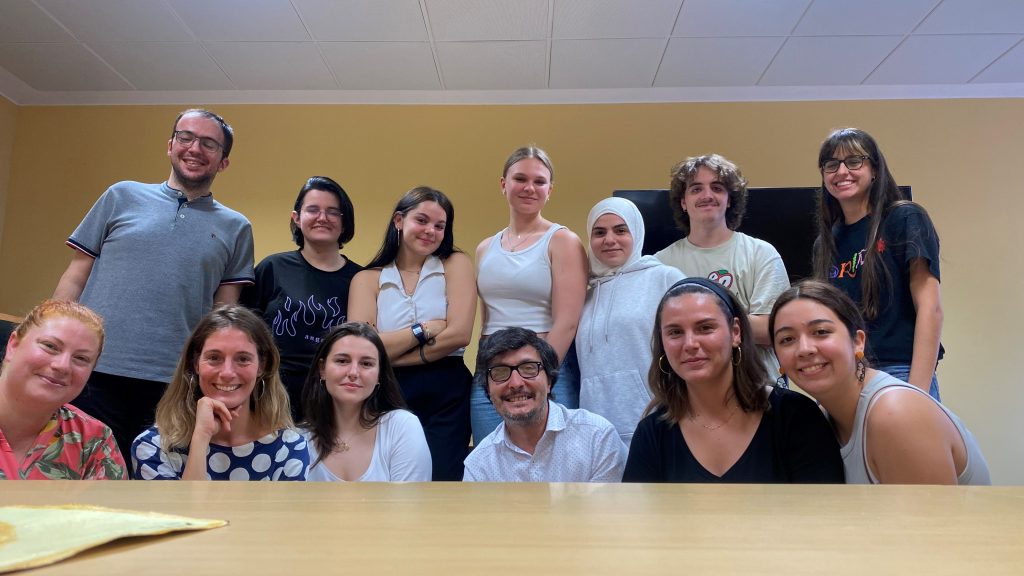 Alice Strömberg is a seventeen-year-old curator at the ‘My Castle, Your Castle project’ in Sweden. Last October, she spent three days on an immersive visit to the ancient city of Zaragoza, as part of Cultural Heritage in Action. 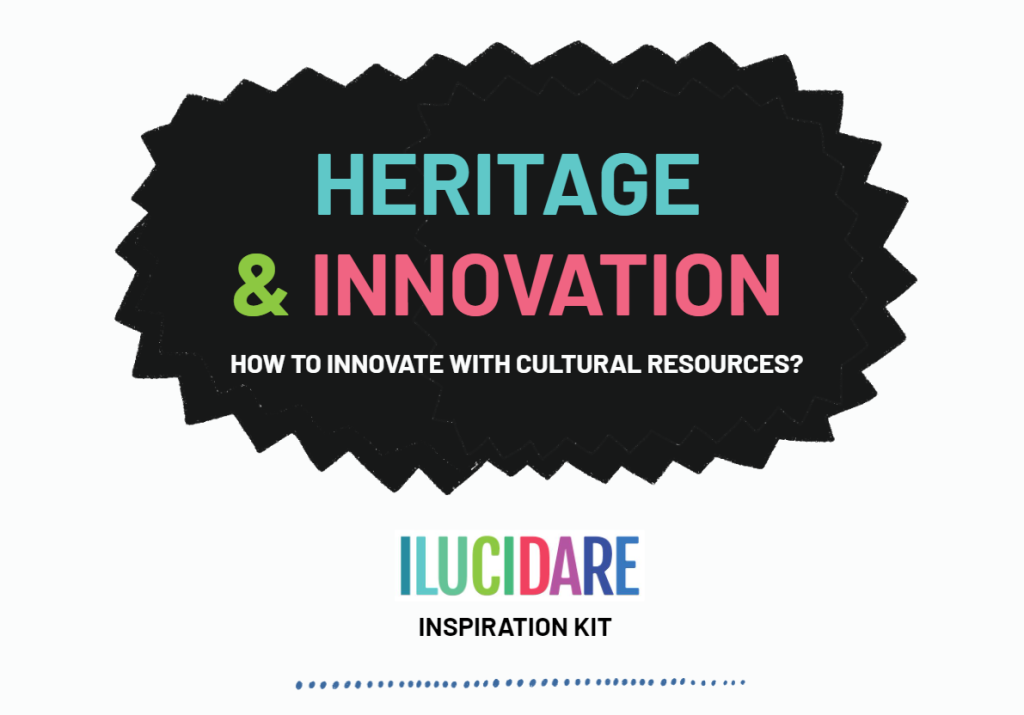 Every innovation starts with a problem to be solved, a void to be filled, a challenge to be faced. What if cultural heritage could be a solution? The...

The European Commission just opened the 3rd edition of the New European Bauhaus Prizes. The Prizes recognise and reward existing projects and young people’s concepts which demonstrate that the sustainable solutions promoted by the European Green Deal can also be inclusive and beautiful, bringing high-quality experiences to people's everyday lives.