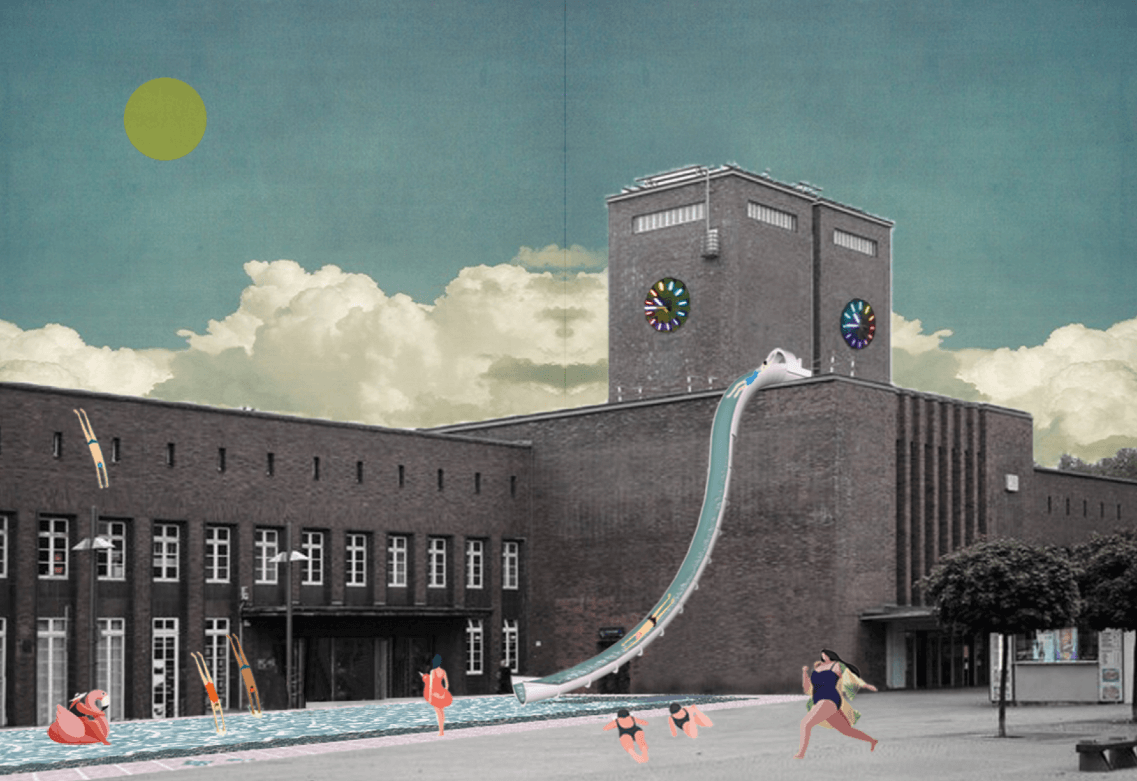 Oberhausen, Germany. Transforming a water tower into a collaborative artists and event space and an urban and cultural laboratory.

Due to the industrial decline of the Ruhr area, Oberhausen’s main station lost its importance and its 33 meter high water tower lost its function. The tower is under monument protection and presents an important landmark with which the inhabitants of Oberhausen identify. Due to its construction, containing two concrete water tanks in the upper section, the building could not easily be reused and was partly vacant.

The artists’ collective ‘kitev’ came up with the idea to restore the protected building envelope of the tower to its original state and transform the three levels beneath the water tanks on the sixth floor into space for artistic and creative work dedicated to temporary and projects related activities in the region. 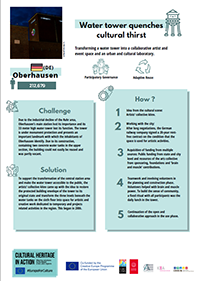 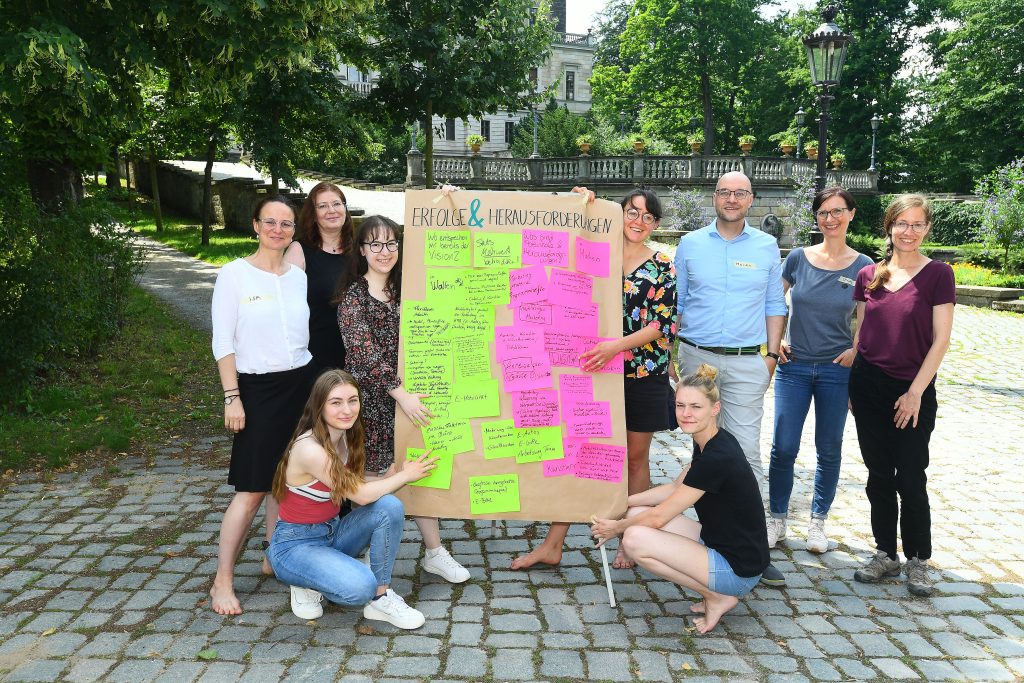